The land of extremes, Mexico, is not all about deep canyons, marvelous beaches, tacos, Tortas, and tequila. In fact, Mexican people make the most special coffee in the world, usually called “Café de olla” in Mexico. It is a whole vibrant coffee culture with unique brewing equipment and spices. CoffeeVibes, as a team of coffee addicts, could not easily pass by one of the world’s most special coffee styles. Therefore, in this article, we have prepared the best Mexican coffee recipes you can easily make at home.

What is Mexican coffee made of?

Despite the climatic conditions of Mexico that result in the high-quality Mexican coffee beans, Mexican style coffee is a whole different story! Mexican people have a marvelous coffee culture of brewing. Because of that when you search about Mexican coffee, you come across tons of Mexican pots and brewing equipment.

Despite the unique brewing style and tools, Mexican coffee is made from cinnamon and brown sugar. It is far more than a simple cup of caffeine kick in the morning. It can almost be considered as a Friday night drink with a friend.

Mexican people are as good at coffee as in tacos and tortas. Even though all Mexican coffee recipes have spicy flavors, they give hints of sweet notes as well. On a lighter note, it is a perfect combination of cinnamon and sugar. So, a unique mixture taste of spice and sweets.

However, it is more than that because it is made from Mexican coffee beans too. And, it is a pure Mexican drink made of Mexican coffee, spices, tequila, and in Mexican style; whenever you get a chance to try Mexican coffee, do not hesitate at all!

The varieties of coffee drinks might increase over time. However, there is only one traditional Mexican coffee recipe that gives the true Mexican taste called Café de olla. Because of its spicy ingredients and strong taste, it is mostly preferred in cold or rural areas.

Mexican coffee is a magical drink that can warm you inside on cold winter days. Plus, it is a great buzz because of the effects of caffeine and cinnamon. Let’s check out how it is originally made and how you can make it at home.

The main ingredients of Mexican coffee recipes are:

Here is a step-by-step guide to brewing the perfect Mexican coffee:

The classic Mexican coffee also called Café de Olla is served in clay cups and with extra spices. However, there are other Mexican coffee drinks that are worth trying. Here are some of the best Mexican coffee recipes to try at home, prepared by CoffeeVibes: 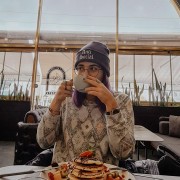